The Roanoke County School Board has named Will Krause as the new principal at Glen Cove Elementary School, effective July 1.  Krause replaces Stephanie Hogan who earlier this year was named the new executive director of elementary instruction for Roanoke County Public Schools.

Outside the classroom, Krause continued to be active with Roanoke County Public Schools athletic programs.  He currently serves as the head assistant coach of the Cave Spring High School boys soccer team, who won the VHSL class 3 state championship last year.  He also has served as a coach for the Hidden Valley Middle School and Hidden Valley High School girls soccer teams. 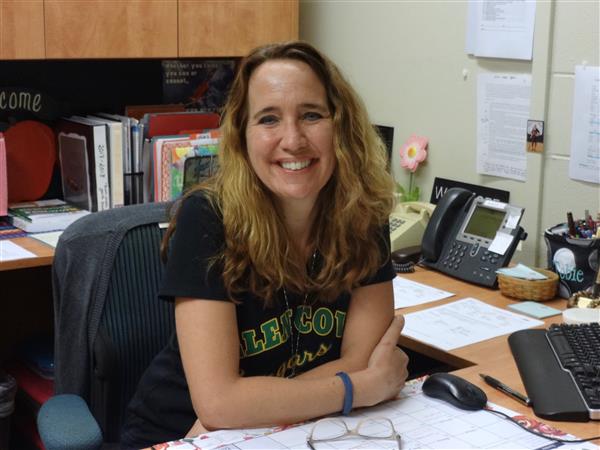 I am very excited to become a member of the Glen Cove Elementary School family! As the new assistant principal, I look forward to getting to know the wonderful staff and all the spectacular families that make Glen Cove such a great place to learn. I have worked in elementary education for 16 years and have loved every minute of it! I received my undergraduate degree in history and education through Mary Baldwin College and my Master’s in administration from the University of Virginia. (Go Hoos!)

My goal as an educator is to enrich the lives of the students in our schools through active and meaningful learning and engagement. I believe the only way to achieve this is by approaching the process with kindness and respect and the willingness to do whatever it takes to continuously move our children forward.

I have been married for many years to John and have two wonderful grown children, Joey and Darby. Joey is also a teacher in Roanoke County, and I love that I am able to share my love of teaching and learning with him, and Darby is a student of science at UVA. My home is also full with three dogs, a rabbit, an iguana, and a bird. I love to hike, travel, read, and spend time in my zoo of a home with my family!