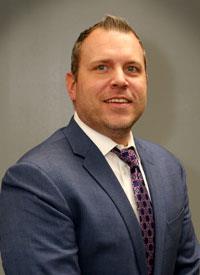 Jason Moretz was appointed to the Roanoke County School Board in Sept. 2015 to serve a portion of the unexpired term for the Windsor Hills District. He was elected to serve the remaining unexpired portion in November 2016 and was re-elected to a full term in 2017.  He served as vice-chairman in 2017 and chairman in 2018.

Mr. Moretz is a 1992 graduate of Northside High School. He holds a Bachelor’s degree in business administration from National Business College. Mr. Moretz has almost 20 years' experience in the financial industry and is currently employed by BB&T Wealth as a Private Advisor.