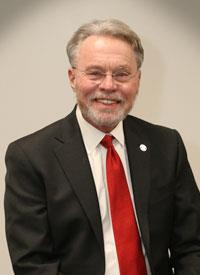 Donald Butzer and his family have been residents of Catawba, Virginia for 15 years. Prior to that he lived and worked in Northern Virginia. Don and his wife Katrina have two daughters. Katrina is a Roanoke County educator, teaching Mathematics at Glenvar Middle School.

Mr. Butzer was employed by Verizon Communications, a Fortune 50 Company, for 39 years, where he was the executive responsible for Verizon's Building Engineering and Facilities Management for the seven-state Mid-Atlantic Region.

In Apri, 2021, Mr. Butzer announced he will be resigning his seat on the school board in June due to an upcoming move to northern Virginia.