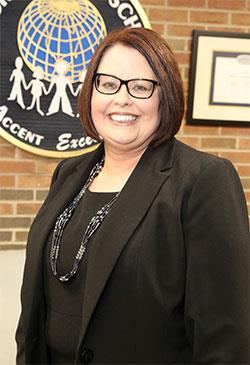 The Roanoke County School Board has named Stephanie Hogan as the new executive director of elementary instruction, effective July 1.

Hogan holds a Bachelor’s Degree from Roanoke College.  She also holds a Master’s Degree in Curriculum and Instruction, and an Educational Specialist’s Degree in Administration and Supervision from the University of Virginia.

“Stephanie has a great deal of experience both in the classroom and as an administrator,” said Dr. Ken Nicely, superintendent of Roanoke County Public Schools.  “I’m pleased she will bring that expertise to the central office as we continue to work to help our students learn and grow,” Dr. Nicely said.