Northside Middle School now has a mural wall in the front lobby! One of the SCA’s goals this year was to come up with creative ways to improve school environment. Student Council members thought that a mural wall would add some needed light and color to the interior of the building. The SCA applied for a “Done-In-A-Day” project with the Junior League of the Roanoke Valley and got accepted! In early February, the SCA called on talented artists to submit their mural concept designs. From the submissions, two student artists’ designs were selected: Maryn Kroeger’s and Samantha Wood’s. Maryn and Samantha outlined their sketches on the selected mural wall prior to project day and new members of the Junior League came to Northside Middle School on March 10 to paint the wall and bring their sketches to life! Thanks to the SCA, the student artists, the Junior League, and Ms. Carr (who is adding the final detailing to the Viking image), the mural wall has been a lovely addition to our school! 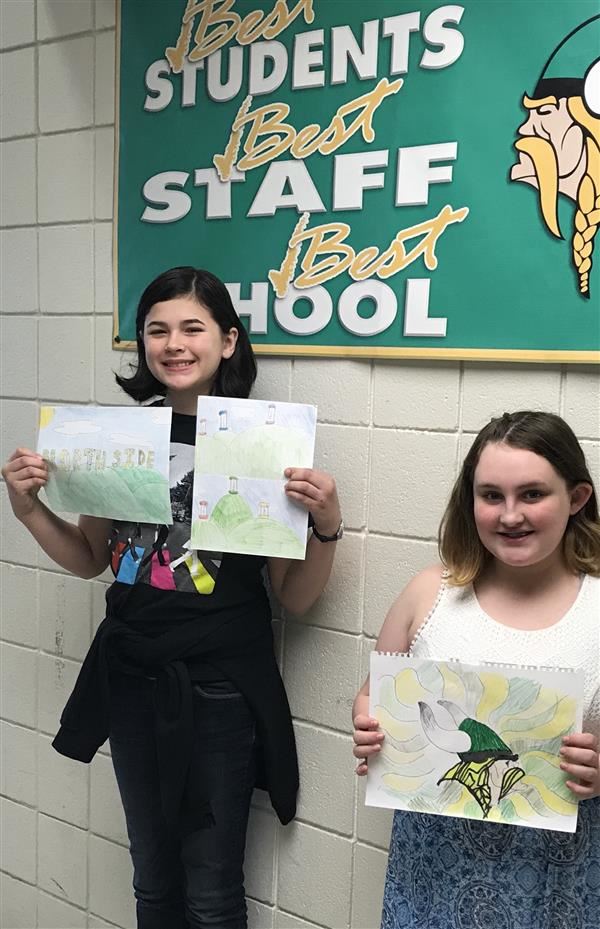 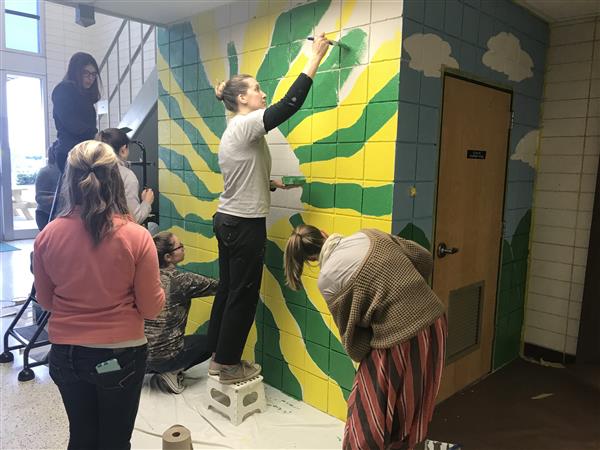 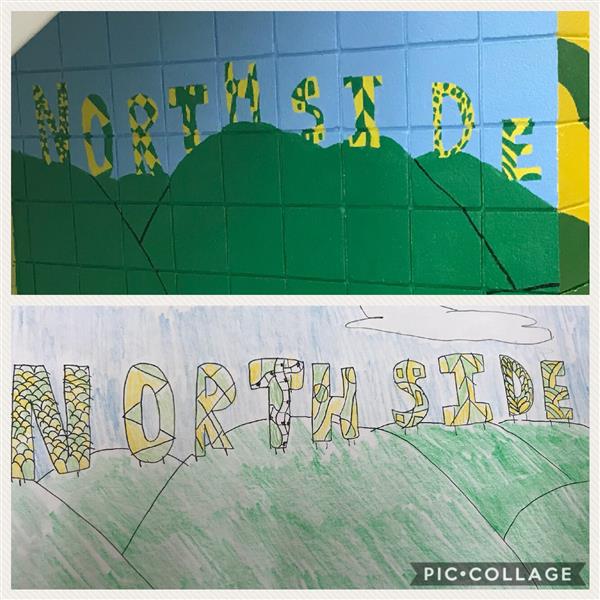 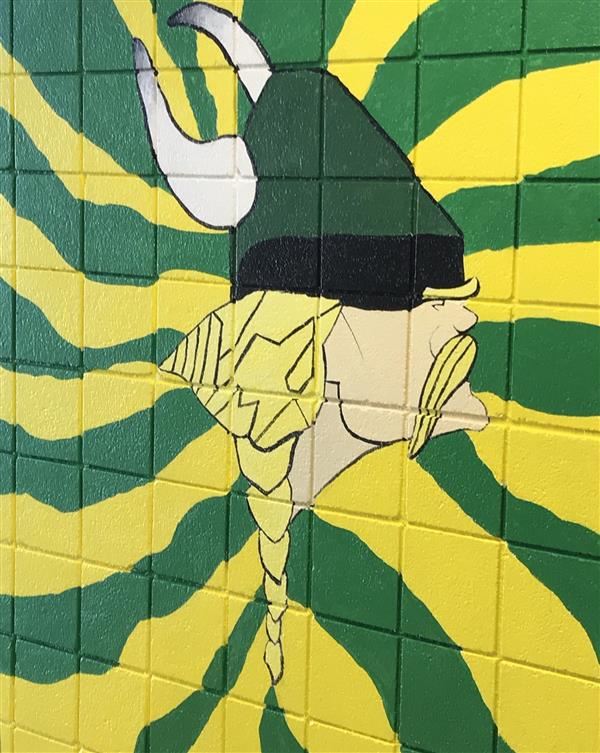