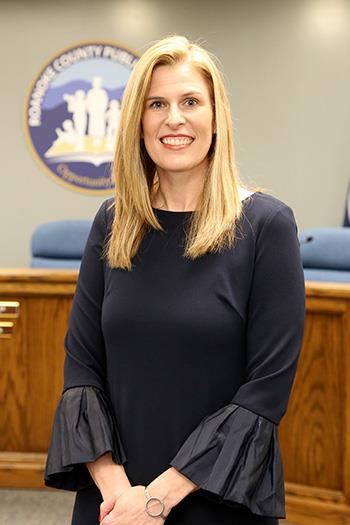 Jenny Griffin is returning to where it all began.  The Roanoke County School Board has selected Griffin as the new principal at Penn Forest Elementary School, effective July 1, the same school where Griffin started her teaching career.  Griffin replaces veteran principal Karen Pendleton, who will retire at the end of the current school year.

Griffin holds a bachelor’s degree from the College of William and Mary and a master’s degree in Education and Administration and Supervision from the University of Virginia.

She first joined Roanoke County Public Schools in 1998 as a fifth-grade teacher at Penn Forest Elementary School, where she won the Golden Apple Award in 2004.  Later that year, Griffin left RCPS to teach at several schools in Botetourt County.  She returned to RCPS in 2019 as the assistant principal at Fort Lewis and Glenvar elementary schools.

“Jenny has been an asset as the assistant principal serving at both Fort Lewis Elementary and Glenvar Elementary.  I’m pleased she is accepting this new leadership role at Penn Forest Elementary and I know she will be an effective principal,” said Roanoke County Public Schools Superintendent Dr. Ken Nicely.